Born in New York, Marge studied at the Art Students League with Reginald Marsh, who helped develop her love for drawing. Later she studied with Mario Cooper, a well known watercolorist. Chavooshian is a plein air painter and is recognized for her street scenes, facades, cityscapes, architecture and landscapes, as well as her drawings of people and places. Her subjects go on beyond the realistic imagery to to see how form and light create the complex visual structures of our world. 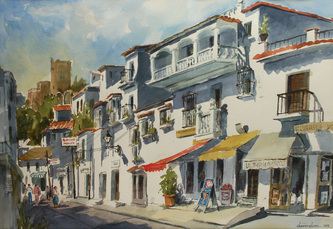 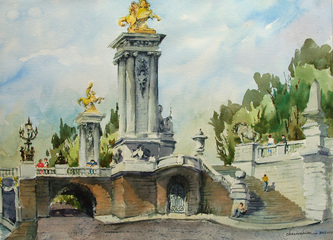 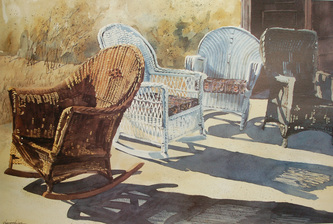 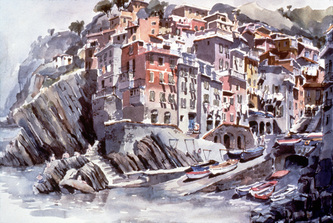